“Is the revolution simply changing the owners of the same vehicles or becoming a collective owner? Is there a right to free travel without burning the car?”
Metin Yeğin 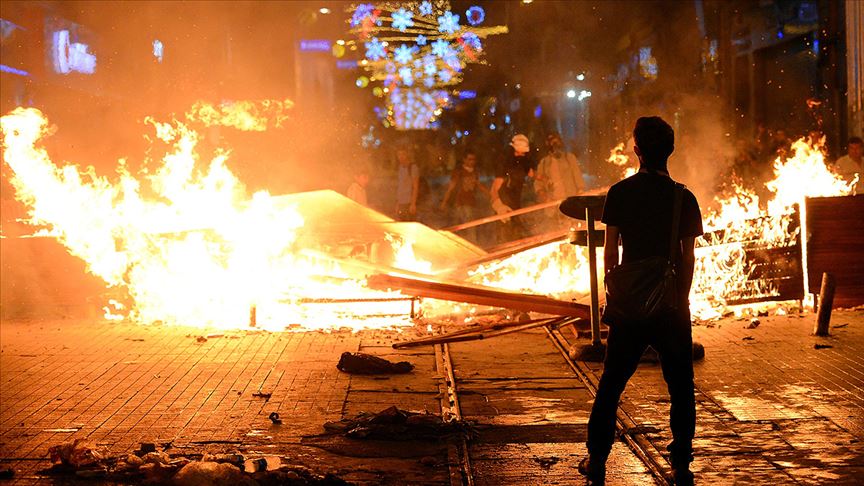 I want to talk about the research I made in 2013 about public spaces as a political battlefield. 2013 was a very critical time for Turkey, it was the time Gezi Park protests happened. I think it is still very relevant and particularly important to talk about it because a little more than a few months ago Erdogan’s government announced that one of the executives of the Chamber of Architects, her name is Mücella Yapıcı, was sentenced to an aggravated life sentence on the charge of “attempting to overthrow the Government of the Republic of Turkey”. She is also representative of the Taksim solidarity platform. The same penal sanction applied to Osman Kavala as well and more activists (Tayfun Kahraman, Çiğdem Mater, Hakan Altınay, Mine Özerden, Can Atalay and Yiğit Ali Emekçi)  were sentenced to 18 years in prison

In 2013 right after the Gezi protests, I had a chance to travel and to conduct a research in Cuba about the spatial organization of public and semi-public spaces after 1960. And the contrast in governmental approach between Turkey and Cuba in particular management and control of the public squares made me understand better the reasons behind Gezi Protests.

Both private spaces and public and semi-public spaces are determined by the ruling class, which indicates the spatial equivalent of the political strategies/tendencies of the bourgeoisie. Nonetheless, what they call publicity is to exist as a consumer. The spaces in the city where we can breathe without being forced to consume are getting less and less. Under the guise of ‘publicity’, mass consumption is paving the way. However, the Gezi protests have shown us that the bourgeois publicity has once again collapsed.  Gezi protests showcased not only Istanbul, if we look at Arab spring as an entire movement that started from the squares, it proved once again how public sphere policies for the sake of free movement of capital, not for the public, collapsed.

The collapse of bourgeois publicity

We cannot talk about publicity without mentioning freedom [1]. Most generic definition of public freedom is based on people living together without exploitation relations. In ancient Greece, the basis of freedom was the understanding of ‘equality’ in the public sphere. Agoras, as a field of politics, was regarded as a ‘free’ space where ‘free’ citizens other than slaves had an equal say. Therefore, freedom could only emerge in the public sphere. In other words, if ‘freedom’ was a political definition, it could only exist in a political sphere, that is, in the public sphere. In both ancient Greece and socialist publicity, there is one thing in common, the type of “individual freedom” has no place in the understanding of freedom.

By separating freedom and politics, that is, by breaking the bond of freedom with politics, the modern era initiates freedom where politics does not exist. Freedom is considered a phenomenon that emerges in the interactions of the individual without others. Treating freedom as such a phenomenon individualizes the person. The modern understanding of freedom, which puts the individual forward, drags individuals to the point of doing everything for their own interests.

“They become liberated spaces that can be occupied. A rich indetermination gives them, by means of a semantic rarefaction, the function of articulating second, poetic geography on top of the geography of the literal, forbidden, or permitted meaning. They insinuate other routes into the functionalist and historical order of movement. Walking follows them: ‘I fill this great empty space with a beautiful name.”

The ‘new man’ creation of capitalism

Antonio Gramsci, in his ‘Prison Notebooks’, describes Americanism and Fordism as “the greatest collective attempt ever to create a new type of worker and a new type of man, with unprecedented speed and a consciousness of purpose unmatched in history”. “New ways of working cannot be separated from a certain way of living, thinking and feeling life.” For Gramsci, the problems of sexuality, the family, forms of moral oppression, consumerism, and state politics were all related to the effort to create a specific type of worker “suitable for the new kind of work and production process”. But even twenty years after Fordism’s first thrust, Gramsci concluded: “This preparation is only in its early stages and is therefore somewhat mythical.”

Thus, in 1916, Ford introduced the “privileged”, mostly immigrants, in order to ensure that the “new man” created by mass production had moral integrity, a good family life, and the capacity to apply sane and rational consumption patterns so that he could fit the needs and expectations of capital. was sending an army of social workers to the workers’ homes. The experiment did not last long, but the very fact that this experiment was carried out heralded the deep social, psychological, and political problems that Fordism would raise.

“It is clear that freedom is not the hallmark of all human interaction and of all community. The factor that dominates the actions and behaviors in which people live together but cannot form a political organization -for example, in tribal societies or the private sphere of the household– is not freedom, but concerns and concerns about the necessities of life and the protection of life” (Arendt, 2004: 202)

The public has a political character

In socialist practices (at least in theory), the free public sphere of labor, the cultural sphere, and the political sphere coexist. The private space of the family, along with the private property of the family, will be transformed and destroyed as soon as possible. Spatial organizations in socialism will first start with the realization of the place of labor. For example, the call centers of all important public event buildings in London today are in India, but the attendant at one end of the phone describes an address that he does not know, makes reservations, etc. Realization of space will eliminate alienation from space (just like alienation from labor). In many more steps like this, we will discuss the spatial constructions of socialism.

**Note that I am not adequate to discuss totalitarianism tendencies in socialist ideologies and practices however it is not deniable the reflections in the certain circumstances.**

So far, the spaces of capital have been much discussed. Many thinkers, especially Foucault, focus on the spaces of organized oppression (prisons, hospitals, schools, and other institutions of social control). At this point, I think we should listen to De Certeau. De Certeau identifies a basis for understanding the fermentation of popular, localized street cultures, even as he articulates them within the framework imposed by an all-encompassing, oppressive order. According to him, the aim is not to reveal how the violence of order turns into a disciplinary technology, but rather to shed light on the hidden forms in which the scattered, semi-organized or organized, tactical, strategic, and temporary creativity of groups and individuals who are already caught in the net of ‘discipline’ take place…

Certeau, in response to Foucault, explains why spaces are so much easier to “liberate” than Foucault realizes, precisely because social practices create spaces rather than constrain them locally within an oppressive network of social control.

Semi-publicness-publicity in the transition to socialist spaces

Contrary to popular belief, it is not only formal discussions on whether the houses will be single-storey or multi-storey, which construction method will be applied, and how the buildings will be planned and positioned against each other. However, more important is the question of how the public space will transform and how ‘private’ spaces and, of course, property spaces will transform. For these, we must take advantage of socialist experiences without hesitation and arrive at a general perspective. 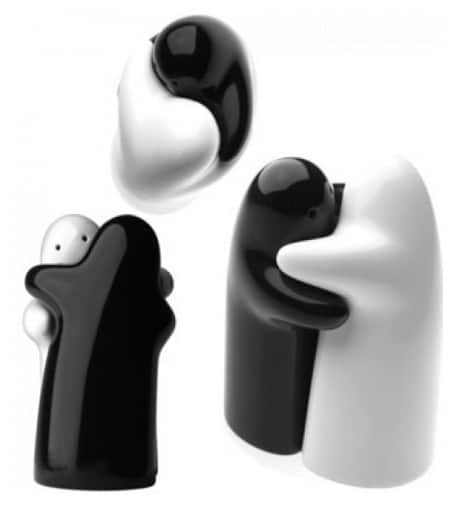 Kitsch, in short, is the production of all kinds of objects that are out of context or eclectic. For example, a salt shaker in the shape of a penguin. Although the penguin has no cultural, historical, stylistic or aesthetic relationship with salt, it has become an object of consumption as a result of the thought of a designer or person. Of course, there is no mechanism that asks this designer about the relationships between the salt and the penguin. In collective design practice based by establishing relations of necessity and causality with the context.

Undoubtedly, in socialist practice in Cuba there is a better understanding of architecture in which the concepts of ‘spontaneity’ and ‘ecology’ are much stronger. Now let us look for the unbiased standards by which capitalism produces its buildings. Considering a resort in the form of a recurring Kremlin palace on the Mediterranean coast of Turkey. An imitation of a Kremlin palace in Antalya/Turkey shows the contingency of the context in the architecture of capitalism. Such an impediment is only possible under capitalism. Here we see not spontaneity, but the result of the strategy followed by the marketing communication in the world and architecture of kitsch. 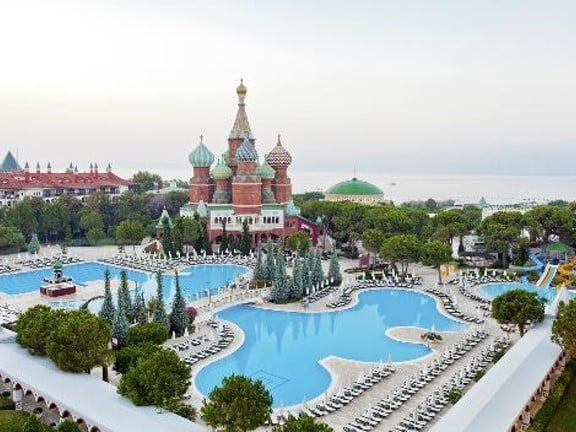 In capitalist / hyper-individualist  society, the architect, like everyone else, is alone (if s/he/they has succeeded). It cannot realize itself even in the norms of capitalism. For example, the architect designs a skateboarding track in the ‘public’ area in the project and this is applied; but after five years it may become a gathering place for putty sellers. The architect cannot foresee this far from the collective mind. The latter cannot and should not control it. Can a place, a place that is collectively reproduced every day, be entrusted to a subjective and unpredictable phenomenon such as ‘design’? Today, architects design buildings like they design glasses. As an object that intersects with so many people, determines space, and social relations and creates an urban interface, the responsibility of building design and urban design is enormous. And it should never be left to the discretion of one person.

It is such a wide topic to discuss I can only brief a few questions. Is it possible to be a worker with only technical expertise who is consulted to create richer-tense spaces in projects planned by the collective mind and set out with a perspective?

How do we design? The determinants of capitalism are pure ‘consumption’ without any environmental, urban, or ecological concerns. The concepts of socialism, on the other hand, are to produce new structures that are compatible with nature, enable human life determined by technical possibilities and materials, and integrate with the texture if any.

Although these are the main determinants, does it mean compromising from aesthetic and spatial demands in socialism? Or architects and planners can make these contributions alone? 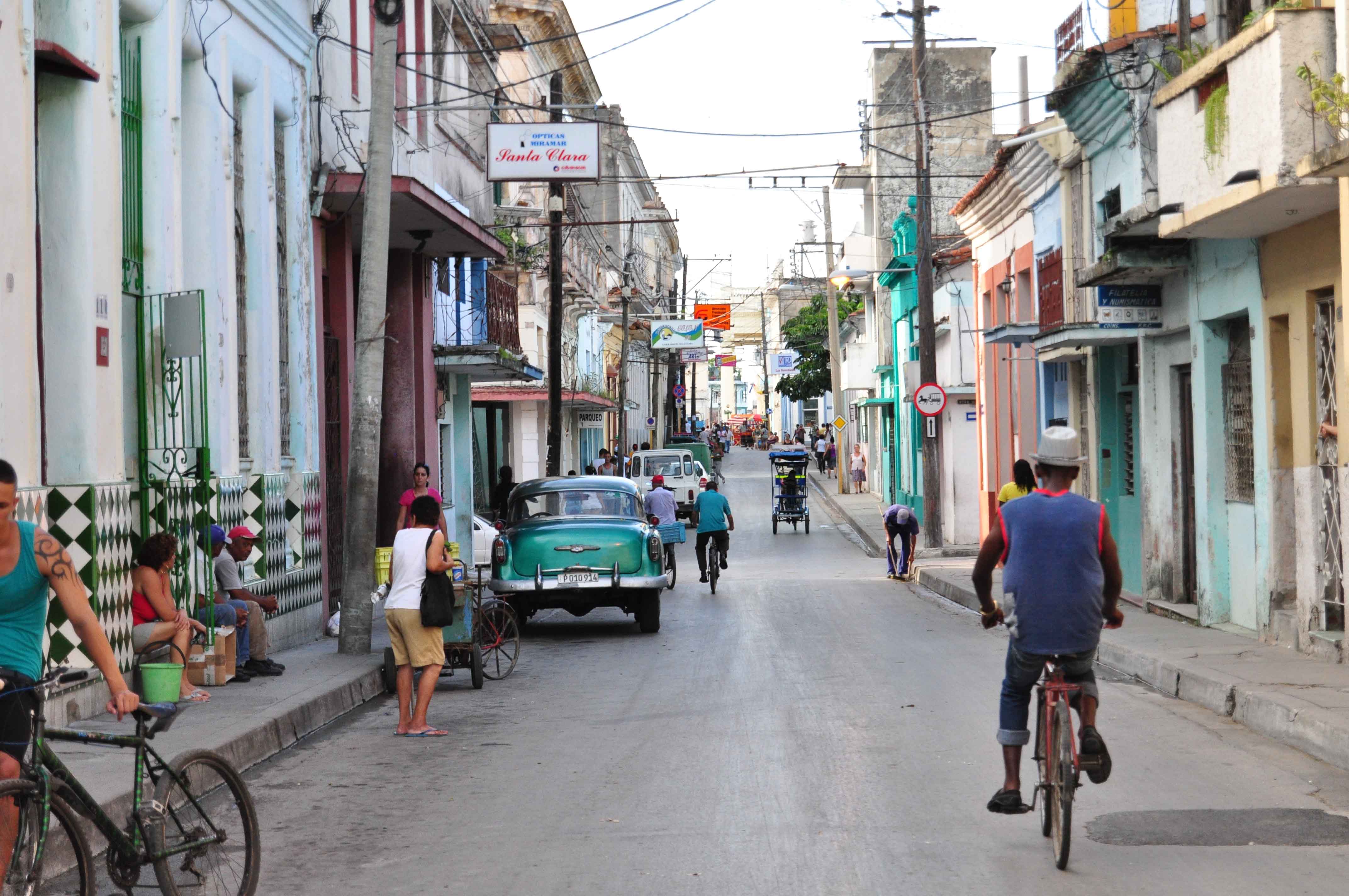 Before ending my words I would like to mention a law enacted in Cuba in 1980 which was stated each flat must have a minimum of six balconies. Indeed, many articles of the law like this were aimed at creating social spaces. It aimed for people to spend most of their time in social places. People think no more of the existence of a house of their own and realized that they were a part of the street. In Cuba, the doors of the houses are not closed during the day. Population density is quite high in Cuba.

Likewise, this perspective is the reason why socialist practices have many experimental construction processes, as well as people, who see themselves as belonging to squares and streets.

The boundaries of private and public spaces are rapidly blurred in socialist experiences. The spaces that we can call semi-public appear frequently in practice. And it is aimed to eliminate private spaces.

In addition, the relationship of new productions with nature is unfortunately a new discussion. Man’s domination over nature should be reduced to use value, and locality, geographical conditions of the region, and ecological topographic structure should determine all kinds of structuring.

Habermas, J. (2007) The Structural Transformation of the Public Sphere

Contents hide
1 From the free movement of capital’s space to the socialist space
2 The public has a political character
3 Semi-publicness-publicity in the transition to socialist spaces
4 Architecture of socialism, collective mindset
5 Bibliography